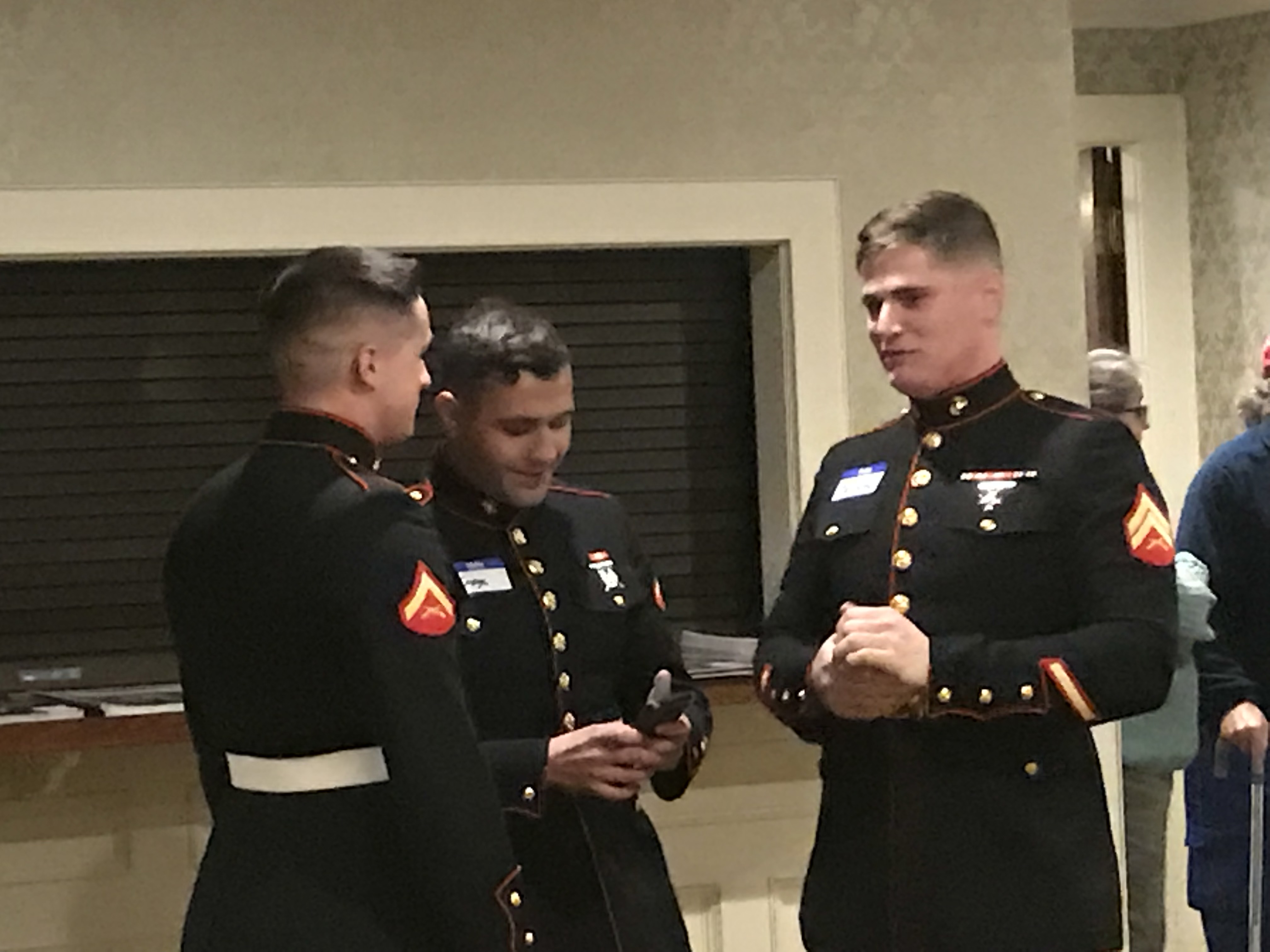 Breakfast got under way at 9am. The King Sisters sang the National Anthem, Chaplain Bruce Carri gave a prayer and Sgt at Arms Frank Torre led us in the pledge of allegiance. About 80 folks present. The King Sisters sang some patriotic music, Christmas Carols and a special Sara Bareilles Christmas song. Ch. President Melvin Murrel gave certificates to The King Sisters, Richard Bolclue, Paul Cote, Bruce Carri for their contributions and Charlie Marcoux for his tours of service in Korea and Vietnam. Charlie is a much decorated Veteran. He is not doing well and has no family members left. We promised that he gets a Military Funeral. After breakfast Manchester Police Department delivered our toys in their SWAT vehicle, very cool. Ron Menards brothers Barbershop Quartet as entertainment. A special tribute song got a standing O. We had a 10th Anniversary Cake, provide by Ron Menard. After a great time we departed for another year. See photos. Merry Christmas Mike King [kingofepping@yah